The Club des Sports of Chamonix-Mont-Blanc is an non-profit association (Law 1901). It has several goals and tasks:

In order to achieve all its goals, the Club des Sports can count on the precious help of the community of municipalities of the Chamonix Mont-Blanc valley, local authorities and many partners.

This legendary event was born on 1stJully 1979.  Originally, this competition was a Cross-country running race created by the CAF of Chamonix,  during the presidency of Mister Georges Costaz et Mister Christian Roussel, both running enthusiasts. For this first edition, no fewer than 450 runners roamed the trails of the valley before crossing the finish line in Planpraz. During 24 years, the Mont-Blanc Cross-counrty running was growing but rarely exceeding 1000 participants.

In 2003, the Mont-Blanc cross-country running race has changed to become the Mont-Blanc Marathon with the addition of a new race: the Mont-Blanc 42 km. However the 23 km remained and Salomon also became the first partner of the Marathon.

The creation of the Mont-Blanc 10 km followed. A new race more accessible to the public. As a result, registrations increased exponentially leading to establishing a limit of contestants participating in the Cross-country running and the Marathon races in 2010.

Then the Mont-Blanc Marathon has continued its strong progression with the successive arrival of the Vertical Kilometer in 2011, the 80 km of Mont Blanc in 2013 and finally the Duo Étoilé and the Young Race Marathon in 2015. Nowadays, the event counts 10 500 runners and changed dimension in 2017 with the arrival of Salomon’s Golden Trail Series, which aims to professionalize the discipline of trail running. 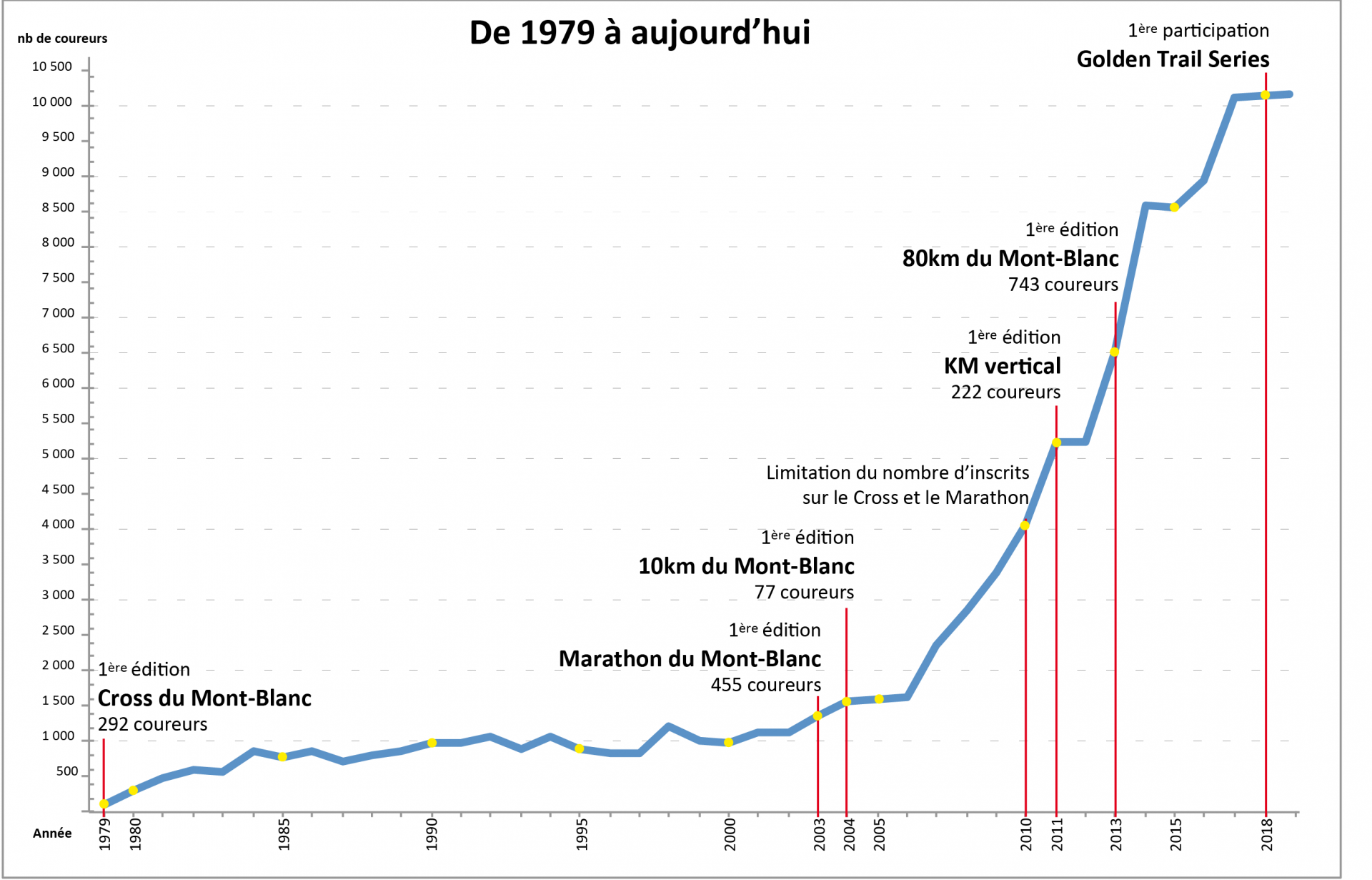